Many of our friends, buyers, and owners have all been anxious to see the future development of the U. S. 41E corridor in Naples, FL. So we thought we would put together a blog post with some updates from Florida Weekly, along with input from Donna Fiala (Collier County Commissioner).

Please find here some updates from Florida Weekly along with input from Donna Fiala regarding the East Naples Community Development Plan.

Q: Anything on a store opening where the old Kmart used to be in Freedom Square?

Not only a store, but many businesses are also planned in the hulking space that once housed Kmart until it vacated that spot more than a decade ago. At least eight new spaces will be carved from that 117,162-square-foot former discount store at Collier Boulevard and U.S. 41 East, according to proposed plans that New York-based retail center owner Brixmor Property Group have submitted to Collier County’s Growth Management Division.

Two junior box stores, a fitness center, a restaurant with outdoor dining, and four other retail spaces are planned to breathe new life into the old Kmart. Burlington, which took up the majority of another shuttered Kmart years ago in the Brixmor-owned Park Shore Plaza, will have the largest space, although it will be only about half the size of its other store in Naples, plans show. Its proposed 35,000-square-foot store will be the next-door neighbor to a nearly 30,000-square-foot HomeGoods store, which also has a second area location in Park Shore Plaza.

A proposed 20,000-square-foot Planet Fitness will occupy the third-largest space there, while a 3,720-square foot restaurant is planned for the southern end, leaving four other vacant spaces, plans show.

Also in Freedom Square, The Vitamin Shoppe took half of the space vacated by the former Dollar Tree when it relocated nearby a year ago to a larger store in the new Price Street Plaza. The 3,500-square-foot space for the nutritional supplements chain leaves a vacant 2,500-square-foot retail space.

Q: Any idea when First Watch will open in East Naples, near the Outback and Triangle and Price streets?

A: While originally planned for Triangle Plaza, First Watch has signed a letter of intent to land on the other end of Triangle Boulevard in a new phase of Restaurant Row Naples, which is moving forward with three projects at Collier Boulevard and U.S. 41 East.

A lease is being finalized for First Watch to join a financial institution in a two-unit building planned across from Starbucks on the other side of the entrance to the Publix-anchored Freedom Square retail center, said Charlie Ladd, president of Barron Commercial Development, the company that teamed with Amera Corp. to build Restaurant Row, a strip of dining chains that includes Texas Roadhouse, Chipotle Mexican Grill, Pei Wei Asian Kitchen, Pollo Tropical and Starbucks.

“The Daytime Cafe” and a bank drive-thru will occupy one of three buildings on 4 acres bordered by U.S. 41, Triangle Boulevard, and Celeste Drive, Mr. Ladd said, noting that construction is expected to begin soon on the first building. “We’re hoping to start within the next 90 days,” he said.

Tenants have not been signed for the other buildings on the vacant commercial property. Meanwhile, Mr. Ladd is finally getting his longtime wish for a sports bar smack dab in the center of Restaurant Row, a project he has been working on for 20 years.

Miller’s Ale House will fill the vacant spot on the center lot in Restaurant Row between Pei Wei and Pollo Tropical. Still subject to getting through the approval process with the county government,

Mr. Ladd said plans for the casual restaurant and sports bar turned out great. “We were ecstatic to make the deal with them,” he said.

It will be the second location in Collier County for Miller’s Ale House, which also has two locations in Lee County. More than half of the chain’s nearly 100 locations in 13 states are in Florida, where the first one opened in Jupiter in 1988. The laid-back pub chain is best known for its signature hand-breaded chicken Zingers and wings, but it has a full menu as well as a full-service bar of cocktails, wine, and beer.

Another multi-tenant building in Restaurant Row is still planned on the vacant lot behind the building with Starbucks, T-Mobile, and Dentists of South Naples, Mr. Ladd said.

Q: It looks like a new fast food restaurant is going up at 41 and Collier Boulevard in front of Marshalls. Any idea what it might be?

A: You’ll soon be able to pick up some square hamburgers on that southeast corner of U.S. 41 East and Collier Boulevard. No, it’s not going to be White Castle, of course, but rather another Columbus, Ohio-based chain: Wendy’s old-fashioned hamburgers.

The new fast-food restaurant will be on a 1.4-acre vacant commercial lot between the Circle K store and Tamiami Crossing’s entrance off U.S. 41 East, according to a site plan for the shopping center from owner Kite Realty Group. The 2,426-square-foot building at 13030 Tamiami Trail E. will have drive-thru windows facing the interior of the shopping center, plans show.

It’s the last lot that can be developed for Tamiami Crossing, which also includes Stein Mart, Ross, Marshalls, Michaels, PetSmart, and Ulta as inline stores, as well as Aldi and Aspen Dental on other out lots.

Ohio-based Wendy’s, which launched a breakfast menu nationwide on March 2, has three other franchise locations in Collier County, one each in Naples, East Naples, and North Naples. With more than 6,700 locations, the third-largest hamburger chain behind McDonald’s and Burger King marked its 50th-anniversary last fall.

We look forward to the upcoming busy summer and will continue to send updates. Is there anything that you have heard about that we can share? We would love to hear your thoughts.

As always, we appreciate your loyalty and referrals to your friends and family. Let's stay in touch. Please stay safe.

Download Our MoveTo App To See What Is For Sale While You Are In Naples! 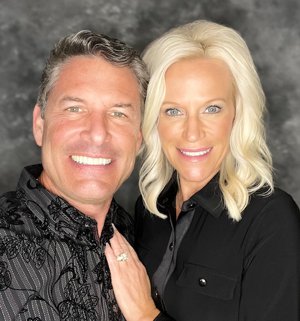